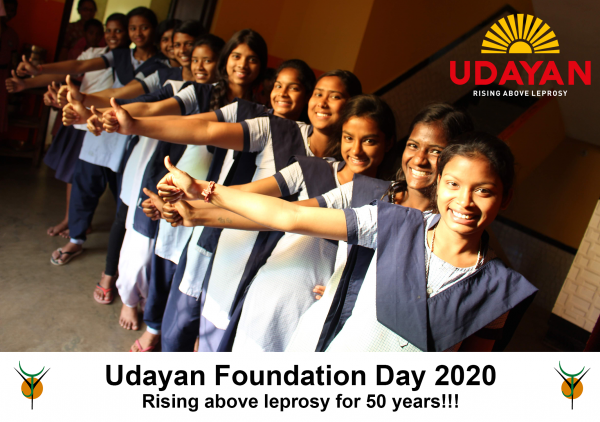 Congratulations to Udayan who celebrates its 50th Foundation Day today. Founded on the 25th March 1970 by the late Rev. James Stevens who sadly passed away on Easter Sunday last year. Having spent two years in India, James felt called to serve the poor, he asked Mother Teresa who amongst, the poorest of the poor, she felt were most in need, her response was unhesitating: the children of lepers. Borrowing a truck from her, he ventured into Anand Nagar slum and managed on that first occasion to persuade some of the lepers in its least accessible reaches to let him take eleven children into his care. 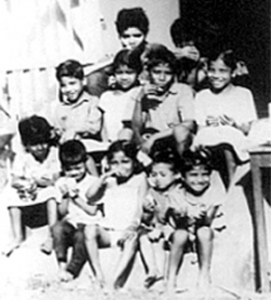 Since that very night, Udayan has been a home, school and medical centre for children affected by leprosy across West Bengal and today approximately 300 boys and girls aged between 4 and 18 call it home. Udayan aims to provide each child with the skills to create of find employment to provide not only for themselves but for their extended families breaking the cycle of leprosy for good.

Here’s to another 50 years of rising above leprosy!

Ahead of the 50th anniversary celebrations at Udayan in January Kathryn Spink wrote:

In 1986 when first I met James Stevens and visited Udayan it consisted of little more than two bungalows, the occupants of which were all boys, the dining hall and James’ “office”. I had been working on the translation of “City of Joy” and Dominique Lapierre had told me that a visit to the home was a must. I spent most of that first visit prostrate on a bed as a consequence of working in Mother Teresa’s Home for the Dying. Nevertheless I was hooked, and a short while later James asked me to coordinate what was then the “Friends of Udayan” in the UK. Little did I know when I cautiously agreed to do so that over thirty years later I would still be involved.

With the passage of the years, others too were “hooked” my husband, who, for all his experience as a senior police officer, could not resist Dominique Lapierre’s persuasive charm; Caroline Weldon, a teacher, who at Mother Teresa’s beatification in Rome casually (and as it transpired, providentially!) mentioned to me an interest in Father Damien and his work with lepers; Chris Mann, who first visited Udayan as a student from St Joan of Arc Catholic School. The four of us became trustees of the formally established charity “City of Joy Aid, UK” and together we have watched Udayan grow.

It has not always been an easy journey. We have shared in Udayan’s difficulties and insecurities but we have shared too, in its triumphs and its joys. Above all, it has been a privilege to witness generation after generation of children receive the care, education and opportunities they might never otherwise have had. On the occasion of Udayan’s 50th anniversary we congratulate everyone involved in making that possible.

It would be wonderful to think that a time will come when, with the eradication of leprosy, there will be no need for Udayan, but until that time we wish it every conceivable success!

Kathryn Spink
For the Trustees of City of Joy Aid, UK

The Scars Left By Leprosy
Scroll to top
DONATE