The Intergenerational Cycle of Leprosy

On World Leprosy Day 2021 we take a look at the vicious, intergenerational cycle of leprosy and poverty that children born into leprosy-affected families within leprosy colonies get caught in.

Despite the efforts of the World Health Organisation, Governments and NGOs like Udayan, leprosy remains a major health problem in India, with more than 125,000 cases detected every year- bringing with it not only physical and mental suffering, but often severe socio-economic hardship as well. A lack of understanding, superstition and stigma still covers this age-old disease, leading to exclusion of the leprosy sufferer from their communities as well as educational and livelihood opportunities.

Leprosy is a disease which can affect anyone, but like all infections, people from socio-economically disadvantaged sections of the community are at a much higher risk, due to crowded living conditions and poor nutrition. This results in a vicious cycle of disease, disability, exclusion and poverty because of the stigma that still prevails in the community.

These factors are perpetuated, leading to children of leprosy affected parents often being deprived of education and the normal care which is taken for granted in other families. This hampers the opportunities for development and condemns them to a life of poverty and unfulfilled potential. 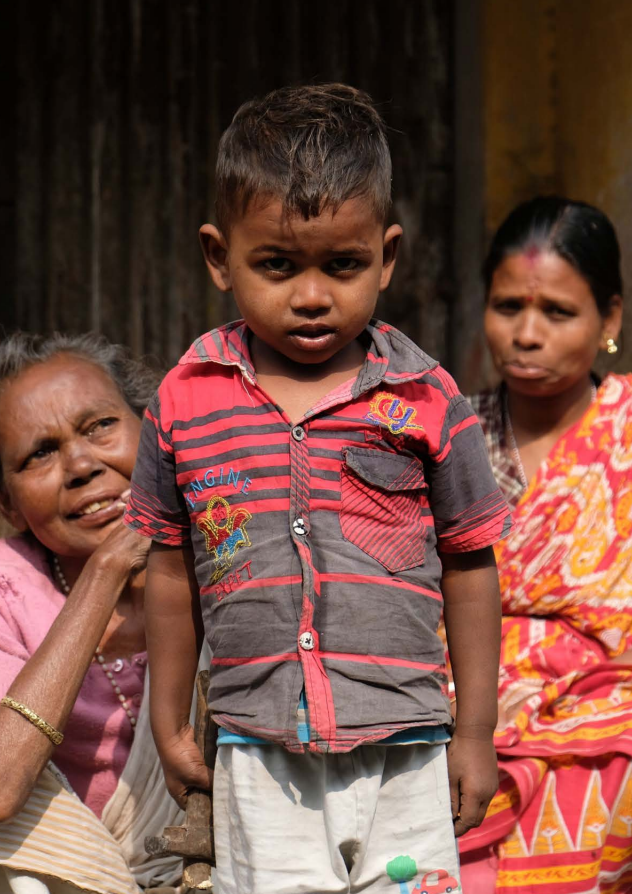 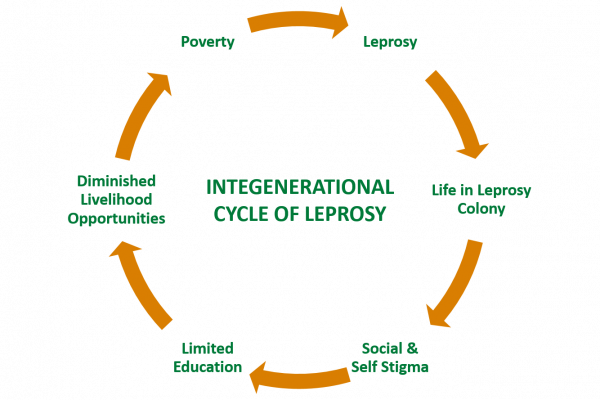 The children of leprosy affected families are at risk of contracting the disease due to the close confines they live in with their parents. Leprosy is transmitted via tiny droplets after prolonged, close contact with sufferers who have not undergone treatment.

These children grow up in a leprosy colony living in sub-standard, unhygienic conditions, where they are at risk of other social evils (abuse, violence), which generates trauma, reinforce self-stigma, inhibit opportunities and exacerbates poverty.

Throughout their life, children from leprosy-affected families experience social exclusion and stigma – so much so that it manifests in the form of ‘self-stigma’ where their confidence levels and self-belief become severely impaired.

Those lucky enough to access education, do so at local schools where they are bullied and ostracized by both peers and teachers. Many, especially girls, drop out early.

With little education and no skills for decent livelihood, income opportunities are limited to options they ‘know’ and ‘see around them’ – daily labouring, rag-picking and begging.

Earning as little as 3000-4000 rupees (£30 – £40) per month, they become trapped in a life of poverty within the only home they know – the leprosy colony and as their children enter the world – so the cycle continues.

Udayan aims to break the intergenerational cycle of leprosy, providing each of the 300 children in its care with a home, an education and the medical care so they they can rise above leprosy and its associated poverty. Ensuring that every child who comes to call Udayan home, has a safe environment to grow and pursue studies so that they leave with the skills to ensure better livelihoods, rising above leprosy and breaking this intergenerational cycle for good. 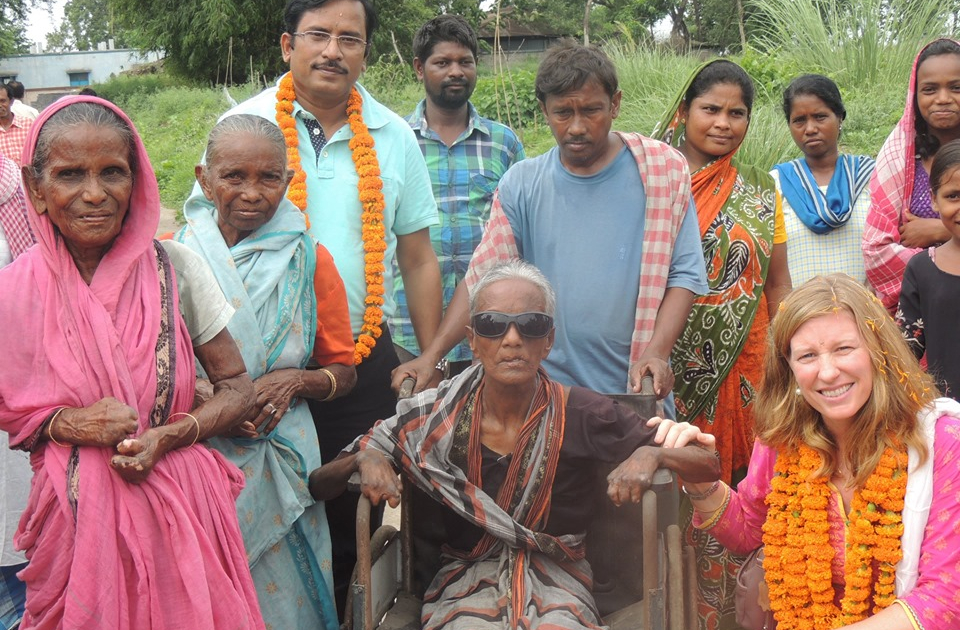